Predicting Hurricane Harvey: What the data tells us about Houston’s risk probability (and resilience to natural disaster) 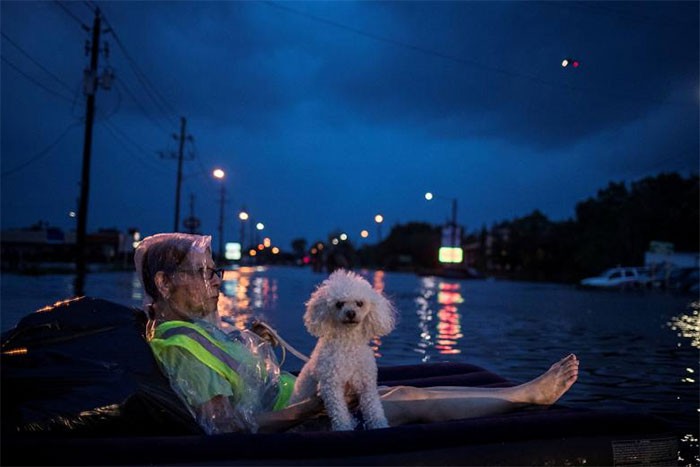 Posted by daylin.limonte@iqpc.com.sg on September 6, 2017

Like most, I watched with horror last week as newsfeeds filled with pictures of the devastation left behind in the wake of the latest global disaster to hit headlines and engage hearts. Despite the graphic nature of the news footage, as onlookers, none of us can begin to imagine the actual extent of personal consequence being endured right now by affected Houstonians.

Humanity kicks in instinctively. We all feel immense empathy and helplessness, then soon after the inevitable questions are asked as people search for some sense of reason and logic (or even culpability) in the aftermath. “Why did this happen? Could it have been avoided?” are obvious and valid starting points for discussion. We live in a world today where control and safety are expected norms for society. All of us plan endlessly to protect ourselves from every possible negative outcome in life, when of course the reality is that planet Earth will continue to behave in ways that we cannot always foresee (the Force Majeure clause would not exist were this not the case).

But then comes the data… The mathematical, statistical armoury we equip ourselves with to try and out-think Mother Nature and stay two steps ahead of the future. I’ve read numerous articles and posts this weekend that state Houston was a “sitting duck”, and reports that scientists had issued multiple warnings of flooding disaster based on their calculations. And maybe these observations are perfectly rational responses we should all listen to (they are certainly more relevant and important to our thinking, I would argue, than sickening spin doctor headlines about the potential impact Harvey has on Trump’s “border wall budget”).

Yesterday, in an attempt to understand the facts better, I asked SSON’s Chief Data Scientist, Murphy Choy, to have a cup of tea with me and talk me through the risk numbers we have on Houston in SSON Analytics’ City Cube. More specifically, what do we know about the levels of risk associated with the fourth most popular shared services city in the U.S* and why? (based upon historical disaster data and current infrastructure).

Having built risk probability and resilience indices for over 1400 cities and worked closely with the NASA Shared Services team on our co-authored risk report (Evaluating US Natural Disaster Risk for SSCs), Murphy is frankly one of the most qualified people I know to answer these questions (and luckily for me sits 5 metres away from my desk). Here’s what I learned over my Earl Grey:

In short, what I learned is that there are many different measures that could and should be taken into account to assess a location’s risk probability, vulnerability and resilience to natural disaster. In the case of Houston, whilst some data points may well point to it being “sitting duck”, there are arguably other (bigger) sitting ducks sitting in that same Gulf basin that pose an even greater potential risk – most notably in Florida and Louisiana (e.g. Cape Coral and Jacksonville both appear to score high for overall risk and low for resilience).

As I write this, warnings are being issued for the growing threat of Hurricane Irma and residents are being urged to prepare. I’m gravely reminded that it’s all too easy for myself (and others) to speculate on what the data may or may not predict when we sit here in the relative “safety”. God speed to all those who reside in Irma’s current pathway. We pray that this next storm passes without causing harm.