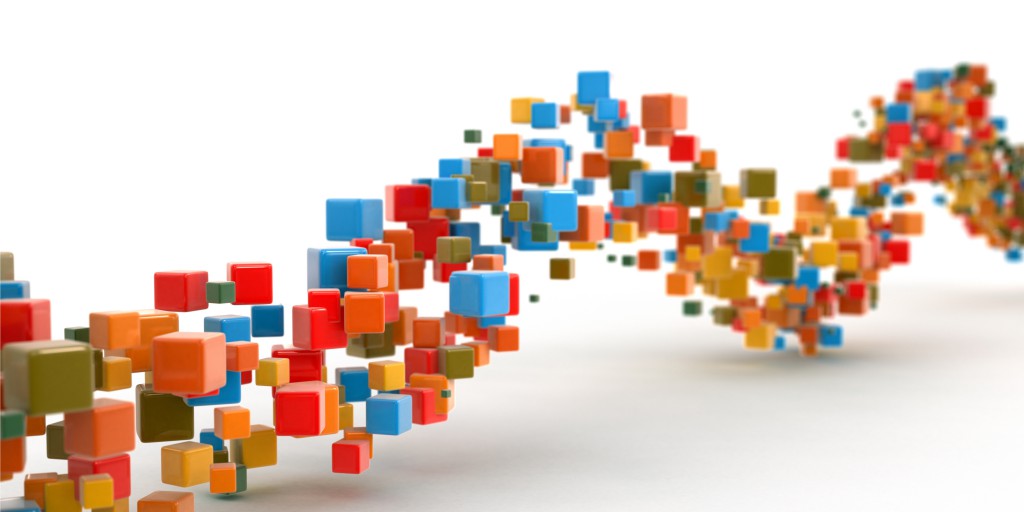 Posted by emma.beaumont@sson-analytics.com on December 5, 2017

For many of us, and for too long, talk of Blockchain technology sat almost synonymously with talk of Bitcoin. Initially both terms were shackled together  in narratives so religiously that boundaries blurred to the point the reader could be forgiven for rolling them into one big fat buzz phrase. One that conveniently disguised the fact that altogether different uses of the technology existed outside of currency conversations... Fast forward to December 2017, and it’s now hard to find a piece of Blockchain content that doesn’t use the tagline “beyond Bitcoin”. Everywhere you look, there’s evidence that the wider corporate world has now woken up to the bigger picture (and bigger benefits) of how else to leverage Blockchain in business. Everyone, it seems, is now smelling the proverbial coffee.

Sure, we’ve all read about blockchain and are (at least vaguely, in my case) familiar with the concept. But somehow, although it feels like should be talking about how to utilise it more in Business Services, it’s still too easy to assume it doesn’t really translate to industry day jobs (i.e. running Shared Service Operations) and relegate it to  the “nice to know” pile.  And that was ok.. at first. But going forward, it’s fast becoming clear that Shared Services professionals will need to adopt a very different attitude to the opportunities that blockchain represents to both the digital back and front offices, and pretty quickly, or risk being left behind.

So what exactly are the wider benefits and why is it so relevant to those driving business service strategy and ops? To help un-muddy the waters, SSON Analytics' visual analytics blockchain report gets pretty specific with some real examples of how blockchain can (and is) already positively impacting every day business tasks that exist inside SSC processes (and we’ve targeted 101 processes that are common to nearly every SSO in the world). It highlights how the technology should, and soon will be, affecting every SSO in the industry. Show me a Shared Service Organisation that hasn’t centralised Payroll and/or Purchase-to-Pay and you might have just found one that blockchain may not be suitable for. I think that says it all.

That said, at this stage, despite the obvious business case for wide-spread applicability, up-take is still incredibly modest amongst the SSO community. Our analysts plucked out a handful of big-brand use cases (like how Maersk are using it to drive Supply Chain efficiencies) but there aren’t yet a limitless supply of case studies. And that seems reasonably understandable when the entire industry is still head down figuring out Robotics Process Automation and Intelligent Automation right now. Cast your mind back to 2013 and 2014 when RPA first made its rumblings in the SSO space…  There’s an uncannily familiar feeling to the blockchain rumblings. Scepticism was also high then and application too was low. 36 months later.. you’d be hard pressed to find an SSO that hasn’t yet considered RPA as a part of their strategy.

For many of SSOs, it’s more likely posed the question of whether they really need to be distracting themselves with yet another “revolutionary” head-turning technology when we’re all still focused on the last big new thing. According to the experts however, that’s exactly what we do need to do.

One such expert, Dr. Mary Lacity (Curators' Distinguished Professor at University of Missouri-St. Louis, and Visiting Scholar at MIT CISR) gives a much more technically accurate account of the situation in her latest pow-wow with SSON’s own global editor Barbara Hodge.  Mary’s spent the last year and half working in partnership with MIT examining blockchain’s application in more than two dozen global conglomerates. Her conclusions? Simple:

“The impact will be enormous. Blockchain will reshape the foundation of business as we know it. I believe it's going to be the largest learning opportunity organizations have ever faced. It makes all the work we've done with RPA and  cognitive appear simple by comparison”.

And specifically for those in Shared Services? What does it mean for people driving strategy and operations for delivery centres today? “All Shared Services, should, right now, be actively partnering with their enterprise Innovation Labs to develop use cases for blockchain. Shared Services’ advantage is that they can leverage their subject matter expertise and processing capability to promote learning and to build up a knowledge base around blockchain”

So there we have it. And we shouldn’t be altogether surprised. Shared service organisations have been being prepped to gear up for large-scale digitisation for year and blockchain has always been cited in the credits (by the way, if you need a sanity checklist on the “how to” of prepping for your SSO’s digital future McKinsey do a pretty decent job of highlighting the headlines in their 2016 article here).

Maybe this all points to blockchain being the twist in the digitisation tale we weren’t quite expecting? If five years from now, it transpires intelligent automation only forms part of the bigger opportunity and picture, and that blockchain does in fact play a leading role, it would seem prudent to get out in front of this next wave of technology thinking sooner rather than later.